I'm in a abusive relationship with my wife. 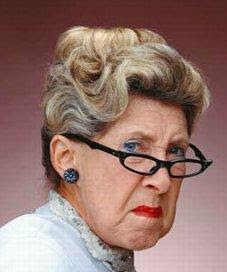 Dear AL:
My wife of 50 years is very abusive to me. If I come home a few minutes late from work she yells. When I find something funny, she states my laugh is disgusting. When we have friends over she makes fun of my clothes and mocks everything I say. Last weekend while I rehearsed a hymn with my mother, she told us both to shut the f-up! She constantly calls me scheissekopf, arsch gesicht, hundin, and yells Leck mich am Arsch! I'm at my wit's end with this woman! How can I stop her verbal abuse?
-- Brian, Baltimore

Yo Brian:
Hide her dentures!

Seriously, she sounds like she's suffering from dementia. And if you haven't already, get her diagnosed. Guaranteed she's going to start calling ya douchebag, but you'll know she's a fruitcake or a bitch. Either way you could commit her easily, but if you still love her, buy yourself earplugs. She'll stop harrassing ya knowing you can barely hear her, but don't be surprised if she buys a megaphone. If she loves to fight, let her do it with a nurse!

Life is short, and for you it's shorter. Make the best of the years you have left.
Posted by Dear AL at 5:07 PM 1 comment: 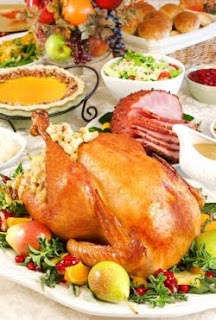 Hey AL:
I prepared a perfectly roasted turkey. Seasoned it for 2 days. Have mashed potatoes, sweet potatoes, yams and green bean casserole. Lots of stuffing, dressing and dinner rolls. Cran berry sauce up the ying yang and 4 punkin pies. All this is ready to eat, but no one is here. How do I invite guests at the last minute?
-- Brandon, New York

Dude, invitations are planned in advance. You don't prepare a thanksgiving dinner and hope someone smells it. You could try phoning people if you have friends, but more than likely they have plans. The best thing you could do right now is bring everything to a shelter or call and old folks home. All this good food shouldn't have to go to waste.

Think of the needy today, and I don't mean yourself. You have a whole 12 months to make friends for next Thanksgiving. Start today by helping a few in your area.
Posted by Dear AL at 4:12 PM No comments:

How to fix an over brine thanksgiving turkey 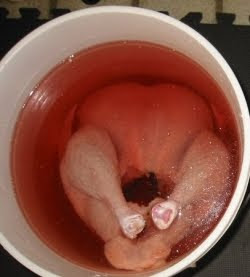 Dear AL:
My thanksgiving dinner is ruined! Right now everyone is sitting in the livingroom waiting on my turkey which tastes like the Dead Sea! My bird usually tastes great after brining it with salt and spices for a couple of days, but the turkey my husband brought home was KOSHER! It was already salted to death and I added on top of that! Al, I don't want to feed my guests only stuffing. What can I do?!
-- Army wife, Germany

Look... I'm sure it's late over there. The only thing you could do is feed them stuffing and whatever else you have prepared. No way you'll be able to fix that turkey. Your bird might be ruined, but don't let that ruin the rest of the night. Be thankful your friends showed up to fill up on bread.

I'm sure everyone would get a good laugh out of this, that's unless they're porkers who were looking to get stuffed, then you're screwed!

Happy thanksgiving!
Posted by Dear AL at 3:11 PM No comments:

My feet stink. What would you do in my shoes? 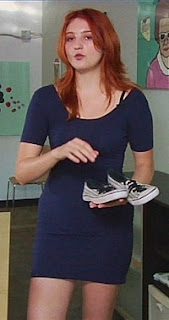 Dear Al:
The most wonderful man I ever had in my life left me. He left me because my feet stink! I haven't noticed it myself that night, but when he started becoming distant to the point that he kept getting up to use the toilet every ten minutes at our favorite restaurant, I knew something was wrong. At first I thought it was diarrhea when I asked him to which he responded "Don't you smell it?" I said jokingly "It's ok... you cleaned your ass pretty good." He then said "Not me, you..." which I responded "I don't have the runs." Then all of a sudden he got up stating that he has to run, but it wasn't to the toilet this time. He ran out of the restaurant! When I caught him outside he apologized and said that he couldn't do this anymore and almost threw up as he pointed to my feet! I was speechless! I knew I had a little problem, but I didn't think it was that bad! He then walked away, looking back at me... slowly panning down to my feet. I then caught myself a taxi, but was only driven halfway home before I got kicked out!

Al, I've been together with this person for almost two months, but it feels like forever! There's got to be something I could do about my feet! What would you do in my shoes?
-- Leslie, Down Under 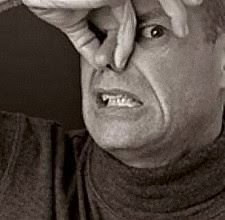 Dear Leslie:
Take them off! Think I want to stink?!

Seriously, you need to wash your feet twice everyday in a bathtub or basin. You wont get good results showering to avoid touching your funk. Once they're dry, powder them. Try to wear open sandals. But if you have athletes foot, cover that crap with socks! See a freakin doctor!

You also need to change out your shoes. Don't rock the same ones everyday!

Maybe he'll come back once you have corrected this problem. But if not, at least the people at the restaurant will be happy.
Posted by Dear AL at 6:16 PM 1 comment: 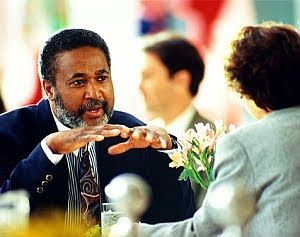 Hey AL:
I need your help!!! I don’t understand this man that I met and I need your advice!!!

Out of the blue, P invited me to lunch 2 weeks ago and I didn’t know it was a date or not, but I said yes anyway. During the 4 hours lunch, he talked a lot about himself (from his childhood to his adult life and more personal stuff (like his relationship with his family) that I didn’t expect to hear. I didn’t really talk much during the lunch as I did encourage P to talk more of himself and I was very intrigued with his life stories and experience (but I also realised I can only see him as a friend). He insisted paying for the lunch and when I objected, he said I could pay for the next one….


I did send him a thank you email on the same day but I haven’t heart from him eversince!!! So I shoot him an whatsapp msg yesterday but he ignored me!! WTH?? OK..eventhough P doesn’t think I am datable, can’t we just be friend?? He seems like a cool guy to hangout with and now I feel a bit awkward about the next time we have a business meeting! How should I react? Should I just pretend we didn’t even have that “lunch” thing and just try to act like nothing happened?
-- Confused Woman 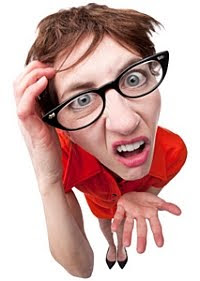 Yo Confused Woman
You're probably confused as to why I haven't responded in over two months, which is not new to you the way you handle that business relationship. You stated before that your communication with P was once every two to three months and your concerned why he hasn't responded to your message two weeks after that lunch together? The man is ignoring you and you're asking me how you should react at your next business meeting? Well, here's a clue. Don't ask him how's his family is doing during your PowerPoint presentation!

Your first mistake was having lunch with your client's employee! You've done business with P. You don't take him up for a corn-dog!

Second, there shouldn't be a second! Anyway, second, as soon as P opened up about his pathetic life, you should've stopped him at birth! You should've looked at your watch and remembered your meeting with an imaginary client.

Third... pretty sad it's gone this far. Sending P a thank you email after you probably thanked him for lunch (another mistake) was moronic. Never say THANK YOU! Those words are for retailers on the store floor! It wasn't an official date, and why thank someone who made your ears bleed?

Fourth... whatever... Don't worry if P is present at your business meeting with your client. The man has ignored you (smart move on is part) for over two weeks. That lunch was a mistake, so carry on like it nevered happened. If for some reason P brings it up out of embarrassement due to your professionalism at the meeting say "No problem... Lets talk business." If he insists to talk about it say "Sorry... Meeting someone for lunch," and get your ass out of there! Don't stick around to listen to his current life story, doing your clients laundry!

If you're out of business by now since I haven't responded in time, chalk this up as a lessoned learned. You'll know what to do in your next life!
Posted by Dear AL at 5:11 PM No comments:

I post advice that sometimes hurt, but illuminates if you're not boneheaded.

Use an alias & fake email below.